Wolverine Pickleball offers lessons, drilling sessions, and other opportunities to improve your game with our roster of certified pickleball instructors.  Everyone is welcome to book lessons with our coaches, but members receive early access to sign up and elevate their game to a new level. 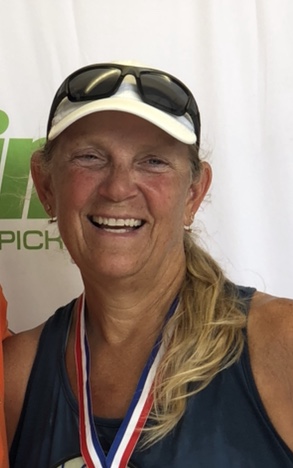 Anita is a retired educator and coach. She has been playing competitive pickleball since 2014, which includes traveling to different states to play tournaments. Spending the winters in Florida enables her to play year round, and she plays at Wolverine in the summer, as well as the court in her own yard.
Anita has a Bachelors in Elementary and Special Education, a Masters in Reading and a Masters in Education. She played volleyball and softball in college, as well as coaching high school, volleyball, basketball and softball. She coached middle school volleyball for the last 16 years of her career.  She has her PPR Professional coaching certificate and loves sharing her knowledge of pickleball with players of all ages and abilities. 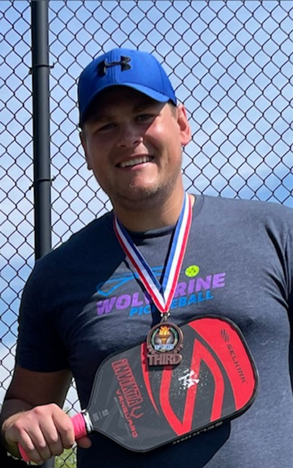 Mike is a pickleball enthusiast and PCI certified coach. He is passionate about helping people enhance their game and driven to always continue to grow as a player himself. Mike has been coaching people for years through the dog training company he and his wife own together and he now applies those foundational coaching skills to coaching pickleball. Additionally Mike is a part of the Selkirk Advocate Team and competes at tournaments throughout the Midwest.
When he’s not playing pickleball Mike is spending time with his wife Chelsea and their four sons. He is also a full time Firefighter/Paramedic. 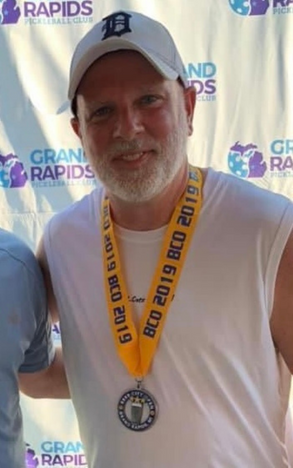 Ian is an avid pickleball player who plays in multiple tournaments throughout the year in the Midwest and around the country. He is a certified PPR instructor and coach through the Professional Pickleball Registry. Ian is well respected throughout the community for his pickleball passion, knowledge of the game, instructors skills and giving back to the community.
Ian currently resides in St. Clair Shores, Michigan and has one son. He served in the United States Air Force during the Persian Gulf war in the early 90’s and holds a Bachelor’s Degree in Business Administration from the University Of California at Santa Barbara. 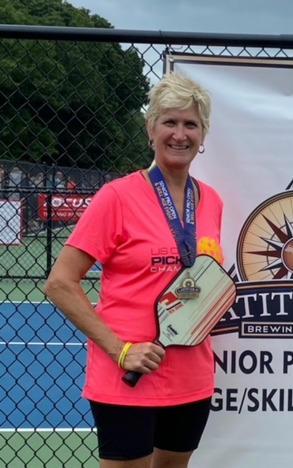 Joan loves pickleball and has played avidly for the past four years. She plays in tournaments in Michigan and Florida. Joan is a certified PPR instructor and really enjoys teaching the game to others. Teaching pickleball is an extension of her career as an Ann Arbor Public Schools teacher and principal. Sports have been a lifelong passion of Joan’s, including playing college basketball at Michigan Technological University.  Her other passions are woodworking as well as boating and water sports on the Portage Chain of Lakes where she resides. 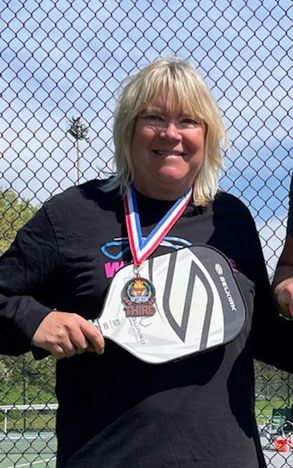 Laura is an USA Pickleball local ambassador and has a strong passion to play and coach the game. She received PPR certification from Pro Sarah Ansboury at Hilton Head SC- Palmetto Dunes. Laura plays or teaches almost daily, helps to facilitate needed local places to play, competes locally in tournaments and volunteers her time for Wolverine and Chelsea Pickleball programming for their club.
Laura is a retired police sergeant for the Ann Arbor City, with experience as a Washtenaw County Police Academy instructor. She has a Masters degree in Emergency Management and a Bachelor’s degree from MSU in Criminal Justice/minor in Psychology. Laura also has 20+ years coaching experience in youth sports, either for the school district or club sports. She resides in Chelsea with her teenage daughter. 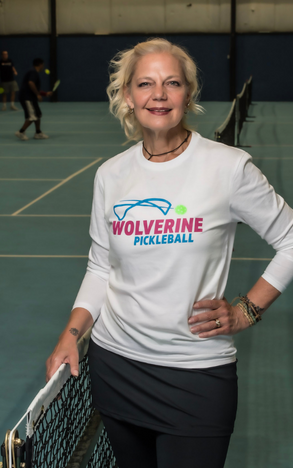 Leslie is a pickleball networker extraordinaire, connecting with pickleball community leaders throughout the Midwest. As the Central Michigan District Ambassador for USA Pickleball, she oversees 15 counties and 10 local ambassadors. She is a certified PPR professional coach and Pickleball Coaching International certified coach. Both Selkirk and Tyrol, leading manufacturers of pickleball gear, sponsor Leslie. She is also a member of the elite Selkirk Amped Team and competes in local, state and national tournaments.
Leslie and her husband, Cyril, have raised three daughters in Chelsea, Michigan. An animal lover, Leslie studied Wildlife Conservation at the University of Michigan. 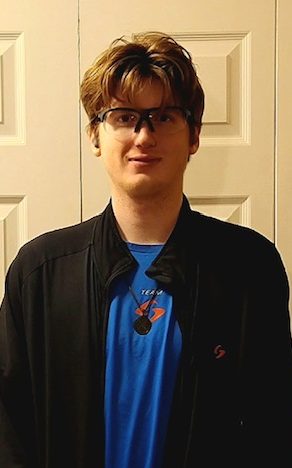 PCI certified and a sponsored Gearbox athlete, Oswin is a 28-year-old Pickleball addict raised in Southeast Michigan. His educational background includes a Bachelor’s in both Behavioral Psychology and Criminal Justice from Western Michigan University & his athletic background is aptly varied. From picking up tennis from a young age to anything he could get his hands on, he holds experience in racquetball, ping pong, ultimate frisbee, disc golf, soccer, baseball, basketball, fencing, and archery. While these sports influenced his competitive nature and love of the learning process, they’ve also blended into a Pickleball player that enjoys experimenting with strategy, shot form, and placement – all of which he tests in both rec and tournament play.
As a coach, his goals are to ensure that players can build upon their own skills and enjoy the sport as much as he does. 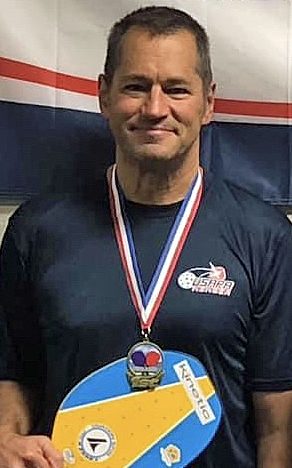 Jim became an avid pickleball player after bringing a wood paddle to a local community center several years ago with a vague understanding of the rules and a desire to learn the game. He promptly lost 11-0. But, he was immediately hooked. Fast forward to the present and Jim has won more than a dozen gold medals at tournaments throughout southeast Michigan. He loves the social aspect of the game along with the ability to continue being a competitive athlete. Jim and his wife Larisa are empty nesters living on a small lake in Northville. He graduated from Northern Illinois University with a degree in journalism and began his career as a sports reporter. Jim is a certified pickleball coach through PCI and looks forward to giving back to the game now that he has retired from the corporate world 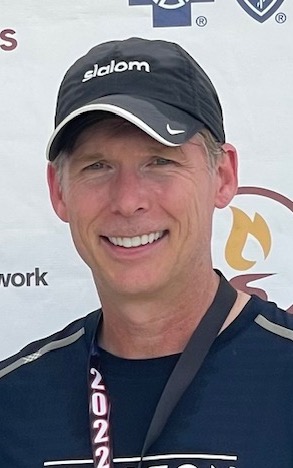 Jack is a passionate pickleballer who has played racquet sports for three decades. He started playing pickleball in 2020 and enjoys recreational and competitive play. Jack has introduced 40+ people (ages 12-82) to the game and is eager to share his passion, skills and expereince with others and continue to bring people in our community together through this sport. In addition to pickleball, Jack focuses on overall health and is a Peloton enthusiast who enjoys a good craft beer. 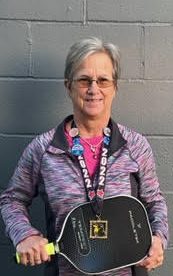 Jan has been doing lessons with adults and kids for over 30 years. She retired from Hartland community education from coaching gymnastics and soccer but still is involved with the middle school tennis team and pickleball lessons. Jan plays alot every week to improve her own skills, plays many tournaments and helps run the Hartland tournaments. She is PCI certified and studied physical education at Wayne state university.  Jan and her husband has raised two sons in Hartland, loves to camp all over the U.S. 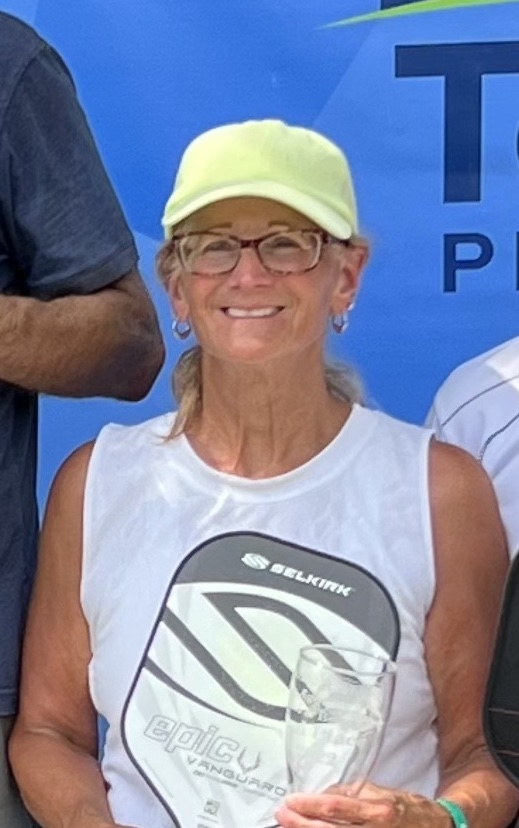 Once Ann retired from 40 years of teaching, she started playing pickleball for fun and exercise. She fell in love with the sport: she practices and competes for at least two hours every day. She decided to combine her love of teaching and pickleball and become a certified instructor at Wolverine Pickleball.

Home
Learn About Us
Play With Us
Shop
Cart
Contact
Press